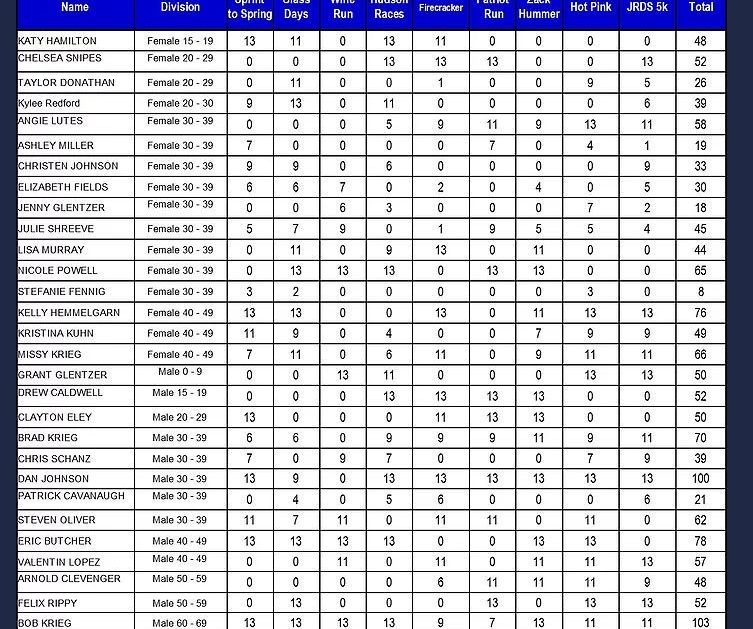 I love running and get so much satisfaction from it. The Jay County Race Series for 2019 just ended and I won in the 50-59 age group. I also got first overall male in the JRDS 5k on August 17th, but first male was 3rd overall.

I am a competitive person but what feels really good is the sense of preparation and focus on improving on my previous races. Running with other people give you a competitive yardstick and a sense of camaraderie and community but really you are racing against your own abilities.

The series has had some really amazing results by the great female runners. I love that running is such an inclusive activity.

In addition to doing well we also do some good. The groups who benefits from this included the Jay County Cancer Society and Jay Community Center as well as the Annual Dunkirk Glass Day Festival. It adds to the satisfaction to know that we are contributing to the welfare of the community through promoting running and charities simultaneously!